About this Invasive Plant

Giant hogweed was first introduced to North America as a horticultural plant in the early 1900s. Since then, it has escaped from cultivation and become widespread in northern US and southern Canada.

Giant hogweed has phytotoxic sap, that when exposed to light can cause severe burns to exposed skin. Keep your distance and avoid direct contact with this plant.

Giant hogweed is a perennial plant in the carrot family with a long taproot and a thick stalk that can reach heights of up to six metres when flowering. The stalk is hollow and purple spotted, with coarse, white bristles. The leaves are very large reaching five feet in width. They are lobed, deeply divided, serrated and shiny. Giant hogweed is typically found growing in rich, moist soils along ponds, streams, ditches and forest edges.

During its first year of growth it produces a large rosette of leaves. It flowers between its second and fifth year, after which the plant dies. Small white flowers are produced in large flat-topped umbels at the top of the stem, usually through late June and July. Once it has flowered, the plant dies, but not before producing up to 100,000 seeds, which are mainly spread by wind and water.

There are a few other species that are commonly mistaken for giant hogweed. These look-a-likes are also in the carrot family and produce phytotoxic sap that can cause dermatitis, although reactions tend to be to a lesser degree than that of giant hogweed.

Cow parsnip is native to Ontario. It has smaller flower heads and is a shorter plant compared to giant hogweed. It typically reaches up to two metres in height. It may have some purple colouration on the stem, but the colouration will not be in distinct spots like giant hogweed. It typically blooms before giant hogweed, in early June. While its leaves are very similar in shape they are not shiny, less serrated and are smaller (only two to two and a half feet wide).

Purple-stemmed Angelica is native to Ontario and is a shorter plant usually only reaching two metres in height. The stem is hairless and purple in colour. The flower clusters have a rounded top containing small, greenish-white flowers. It blooms throughout the summer and has leaves that are very different than giant hogweed, as they are divided into leaflets.

Woodland Angelica is native to Europe and central Asia and is invasive in Ontario. It’s a shorter plant than giant hogweed only reaching up to two and a half metres in height. The stem has fine downy hairs below the flowers and develops a slight purplish colour in late summer. The flower clusters have a slight rounded top containing small, white-pinkish flowers. It blooms in late summer and has leaves that are very different than giant hogweed, as they are divided into leaflets.

Select the photos to take a closer look at giant hogweed and some look-a-like plants.

Giant hogweed is toxic to humans. The sap contains furanocoumarins, chemical compounds, which can increase the skin’s sensitivity to sunlight, causing a condition called phytophotodermatitis. The sap is found in all parts of the plant.

Transfer of the sap onto skin occurs by brushing against any broken part of the plant or by handling plant material. If the contacted area is exposed to sunlight, severe burns and blistering may result, with scarring lasting for up to six years. Temporary or permanent blindness may also occur if the sap enters the eyes. For this reason, removal of the plant is difficult, and burning and composting are not recommended. Landowners with giant hogweed on their property should contact CVC to report the sighting and to get advice on management options.

Control of any invasive species is the responsibility of the landowner. Since 2010, CVC has been managing all known occurrences of giant hogweed on our properties.

If you have giant hogweed on your property, check out our List of Invasive Species Removal Service Providers. While CVC strives to keep the list of potential contractors current, we don’t formally endorse any of these companies.

Ecologically, giant hogweed is a threat to native biodiversity. It’s able to out-compete native species due to its vigorous growth in early spring. It’s also tolerant of shade and seasonal flooding. Mature giant hogweed plants form a dense canopy that shades out native species and can result in increased erosion and soil loss. 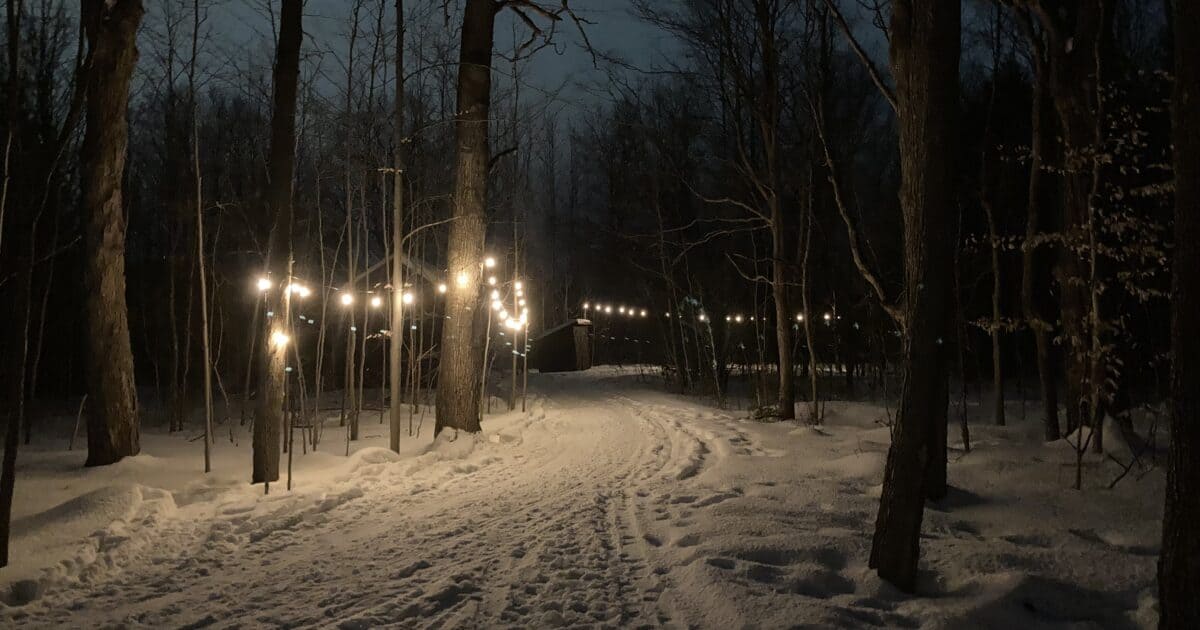 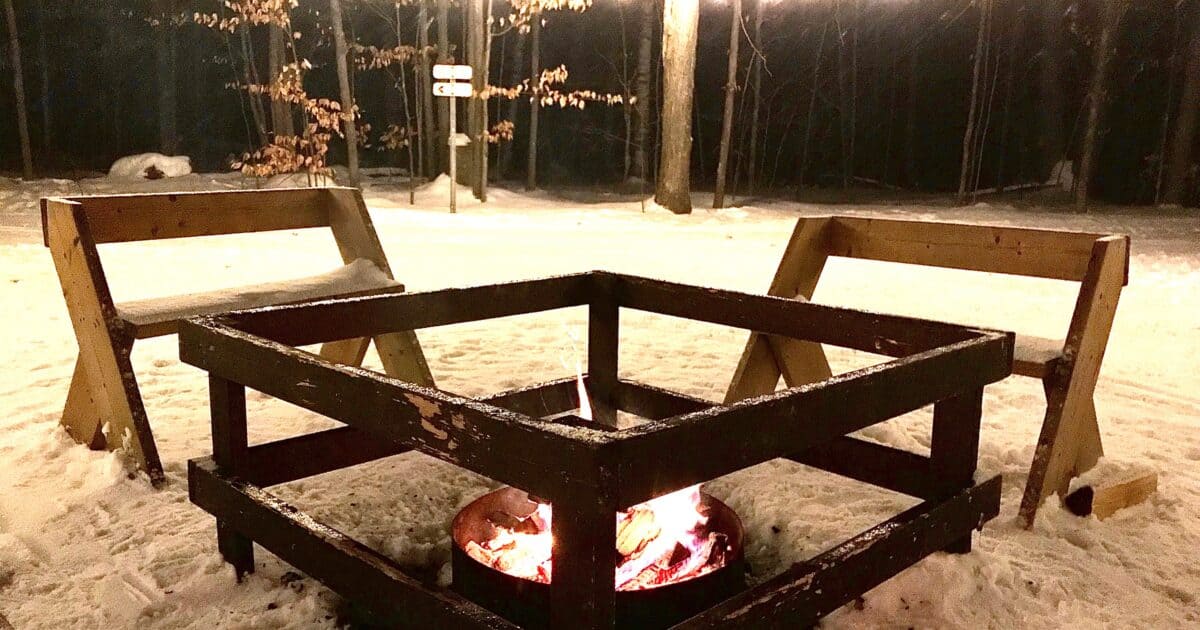 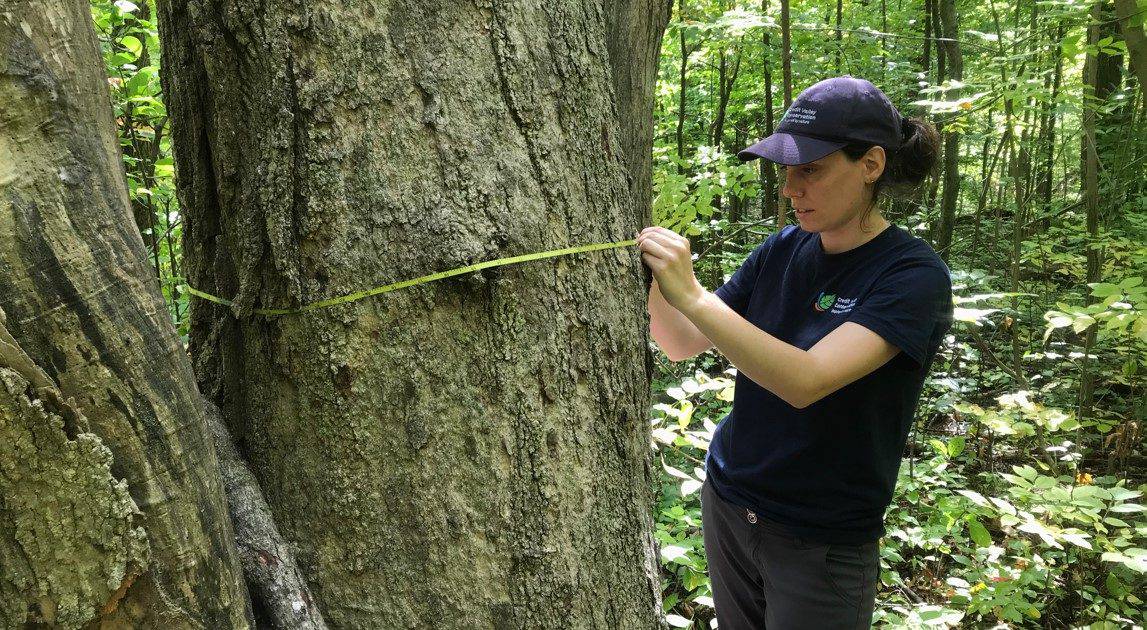 A Day in the Life of a CVC Watershed Monitoring Technician

Come Along for a Day of Learning Join CVC’s Emily Stacy, a Technician in our Watershed Monitoring department … 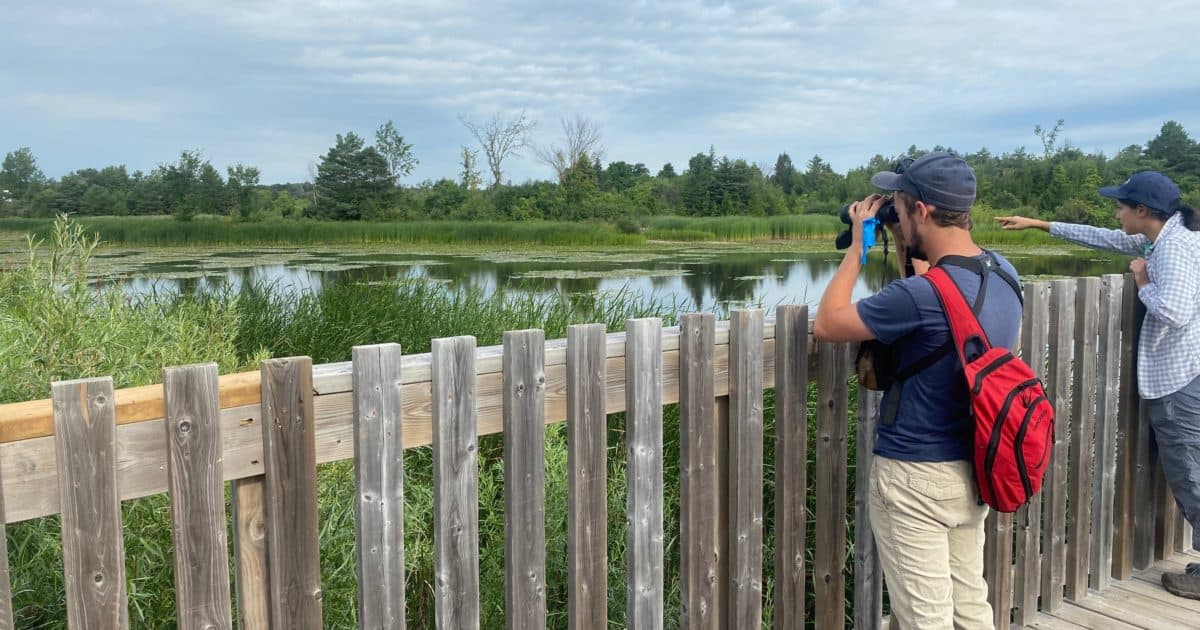 The Results are Coming in for Island Lake’s BioBlitz! 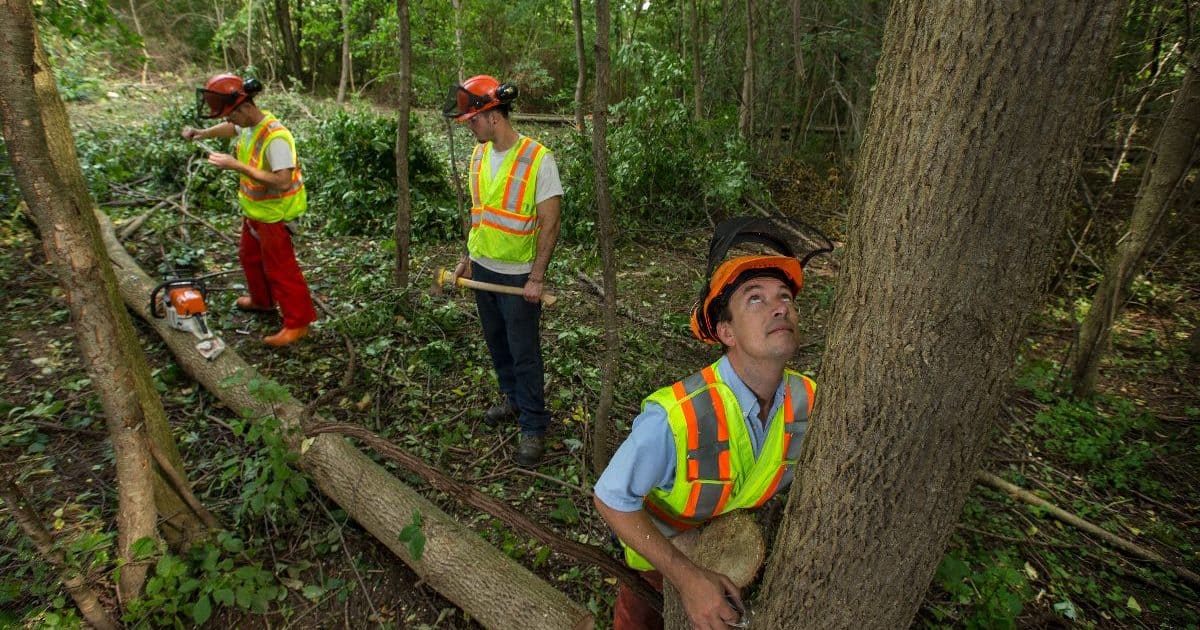 Insect (and other) Invaders

Bugs that are a Bother In July, it can seem like there’s nothing worse than being caught in …

Report a Sighting of Giant Hogweed

In the Credit River Watershed

If you think you have found giant hogweed, report your sighting to help us track the species the watershed.

Outside the Credit River Watershed